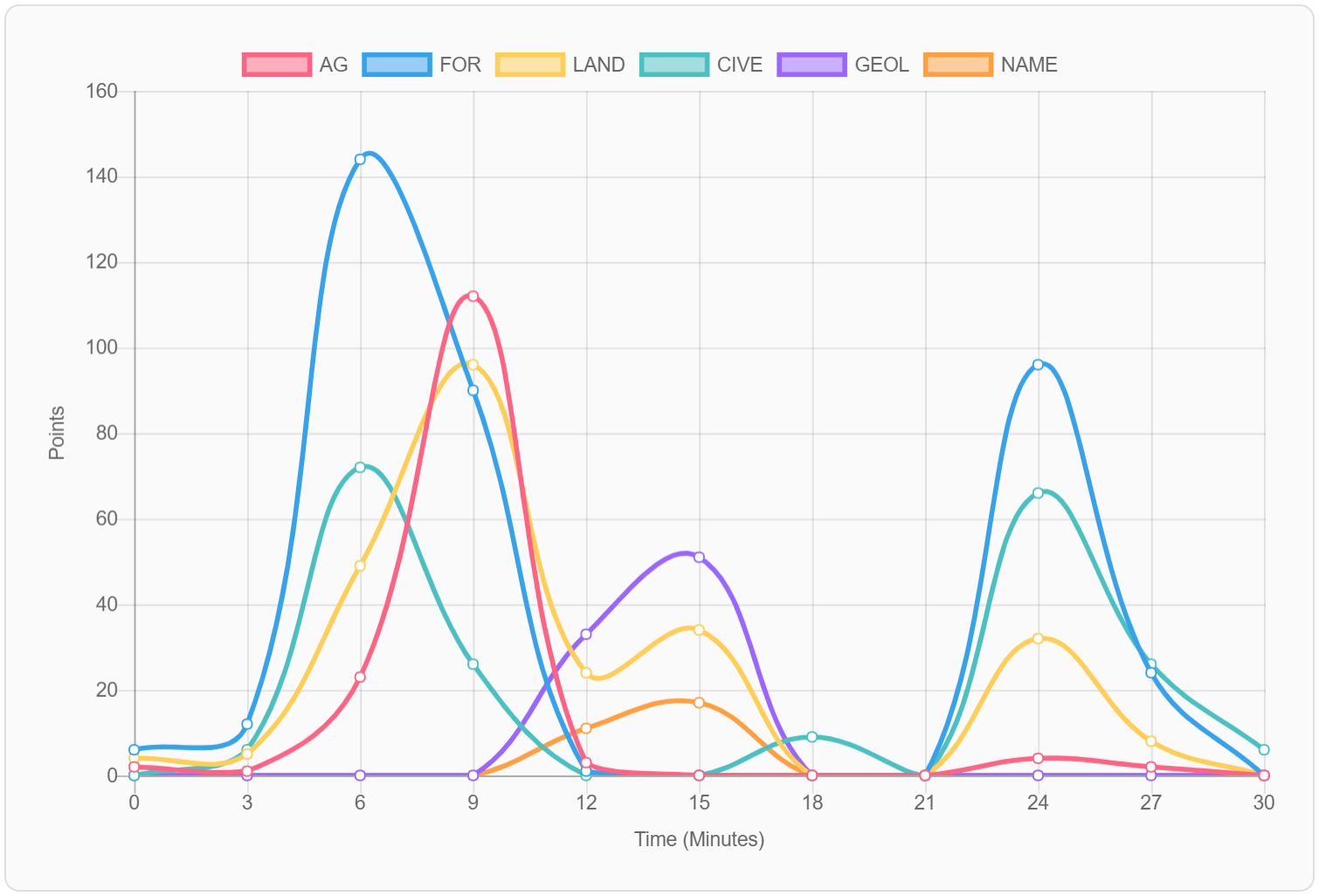 Lead by Associate Professor Chad Lane, The Minecraft Interest Engine (MCIE) is a system that aims to use a session of Minecraft play time to predict up to five areas of STEM the player is interested in. The analysis of each session is broken down by the duration of the session; how many blocks were traveled, placed, and broken; and the amount of commands that were executed by the player. The engine looks at which blocks were interacted with in order to determine which fields of STEM the player is most likely interested in. The backend - which handles the analyzation of the data - is written in Java. All of the data is stored in a MySQL database and is accessed by the backend. I then used Amazon Web Services to deliver the analysed data to the front end. I used Node.js and React to create the front end. For the graphs and charts, I used a library called Chart.js. 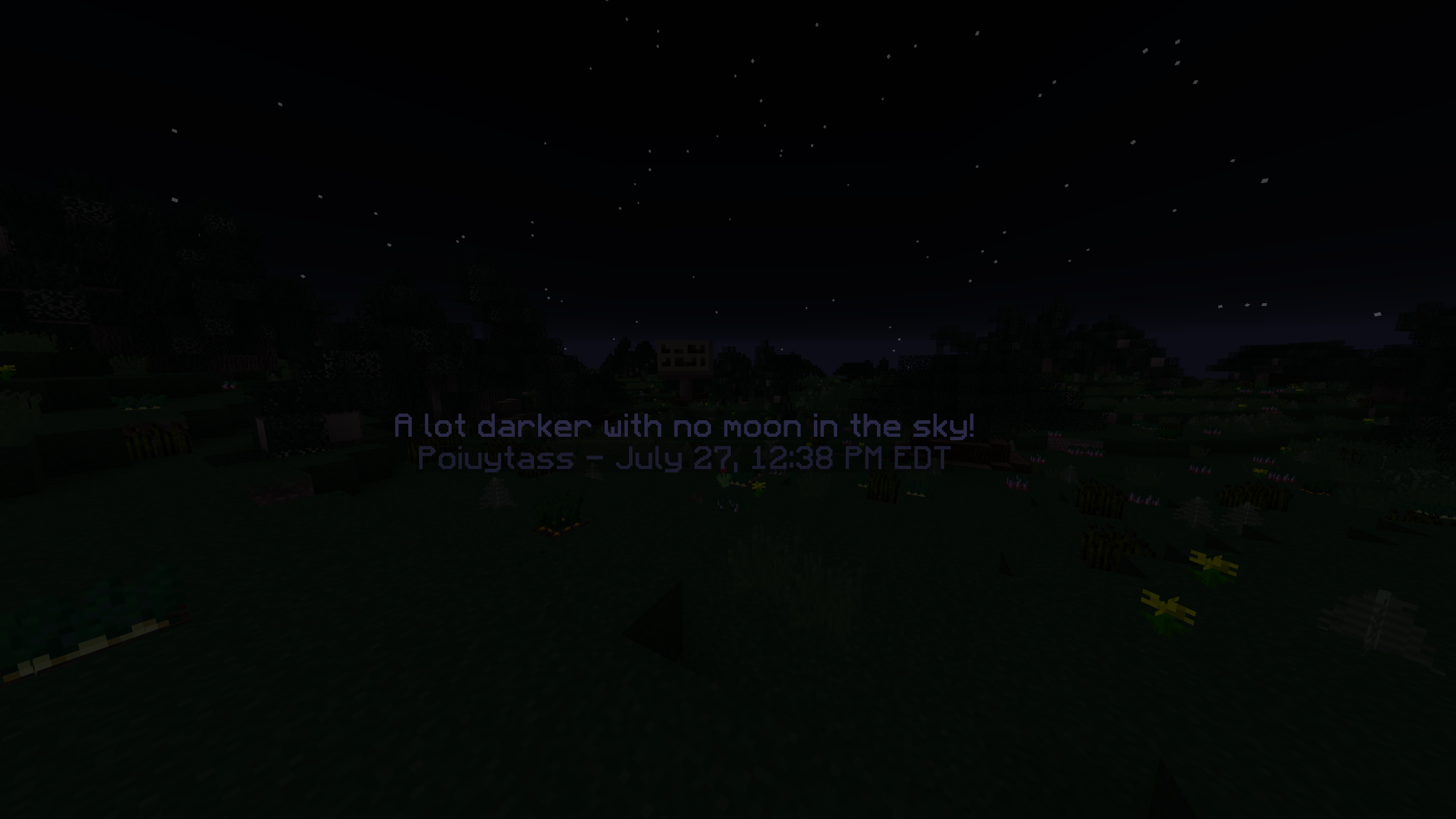 What-if Hypothetical Implementations in Minecraft (WHIMC) leverages Minecraft as a learning environment for learners to interactively explore the scientific consequences of alternative versions of Earth via "what if?" questions, such as "What if the earth had no moon?" or "What if the earth were twice its current size?" My role in this research group was creating plugins to aid in the collection of data. On top of this, I also managed the server files and the database that stored player data. 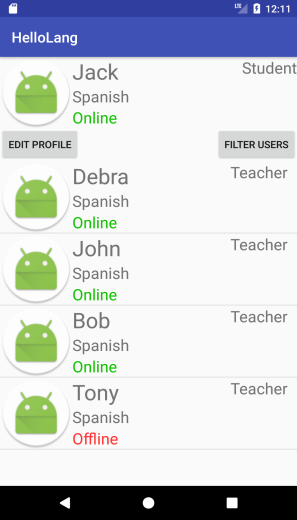 HelloLang a solution for language learners who need speaking practice. The app allows users to call native speakers and have a discussion about a topic of their choice, catered towards their speaking ability. I created the bulk of the Android part of the app and also designed the interfaces. My group partners designed the back end of the app and helped integrate key components of the app like app-to-app calling via a service called Sinch. 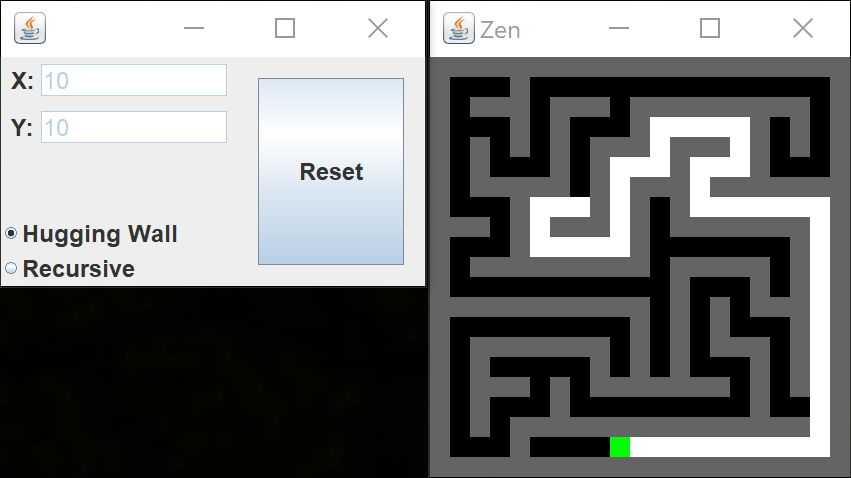 Maze Solver is a Java application that displays a maze being solved using different solving algorithms. This program makes use of two libraries -- Zen and MazeMaker via Gradle.